A simple walk in the woods became a feast – but sometimes just a feast for the eyes.

Dusting-down an ancient copy of  ‘ A Colour Guide to Mushrooms and Fungi,’ that I last leafed through in 1983 – after believing I was a mushroom for an evening at an art college party. I can vouch that it’s no fun being a mushroom – but that’s another story…

Pictured above is the Fly Agaric, thankfully it belongs to the world of fairy-tales and perky woodland elves. Nasty side-effects, but it won’t kill you. But I walked on, in search of freely foraged food and my happiness that the warm Danish summer is gracefully flowing into an autumn of delight.

What a fantastic tree. I made elderflower cordial in June, now it’s time to make a rich elderberry cordial to soothe the winter months away. My mum used to make wine from both the flowers and the berries – it’s one of those wonderfully domestic pursuits that I fancy doing, but never get my act together enough. Her elderflower champagne used to transform party’s at our house on the hill, as the vicar danced and the ladies of the WI cackled as we chewed on dry cakes. Later in the year,  the elderberry wine; which warmed our hearts as the east wind rattled the window frames on dark November nights.

Here in Denmark most women work. Most children are whisked away to fabulous, and cheap, daycare from age two. It’s a bit like the fable of the ‘Pied Piper.’ As the children are gone, the mother’s are gone, the father’s are gone – and somewhere along the line many women end up looking after other peoples kids in all those nursery schools. Manners ceased to be taught by mum to junior in the 1930s, when the first nurseries opened here. Since then it can be a tough prospect for a newly arrived foreigner to cope with the push and shove of daily life – but on the positive side, there are loads of free apples everywhere to forage – mainly because there’s nobody with the time (one of the highest divorce rates in the world here – even though most people don’t get married!) or the interest to harvest them since the 1930s! (Okay, they taste pretty bad – I’m looking for some good Herefordshire cider recipes)

I’m getting hungry – but these pretty radish perfumed mushrooms will have you vomiting in moments.

I’m getting depressed! But then I found St John’s Wort to ward-off the blue’s in the long nordic winter.

Mirabelle be mine! Now it’s time to harvest these sweet and sour golden fruit. Neglected by modern danes, but gathered by me to make little cakes for my sweet and polite international children.

Recipe for Mirabelle Cakes by Mum:

Melt some butter and grease 10 or so muffin form, sprinkle dried breadcrumbs in and distribute evenly.

Take about 15 -20 mirabelle, cut in half and remove the stone. Place a spoonful of the cake mixture in each muffin form. Lay three segments of mirabelle in a pattern over the cake mixture. Sprinkle with a couple of dessert spoon full of sugar and cinnamon. Bake the cakes for about 15 minutes, or until an inserted knife comes out cleanly.

Serve with creamy crème fraiche and strong coffee. I tend to double the quantities as it is so irresistible – the sourness of the little neglected mirabelle is soothed away by the copious amount of sweetness, love and attention.

Heather makes a comeback in London! Or does she?

What happened to the girl with the python around her neck, the fly in the coffee and the alien invasion? All in ‘I Love You to the Moon and Back 2.’

1 thought on “Walk on the Wild Side” 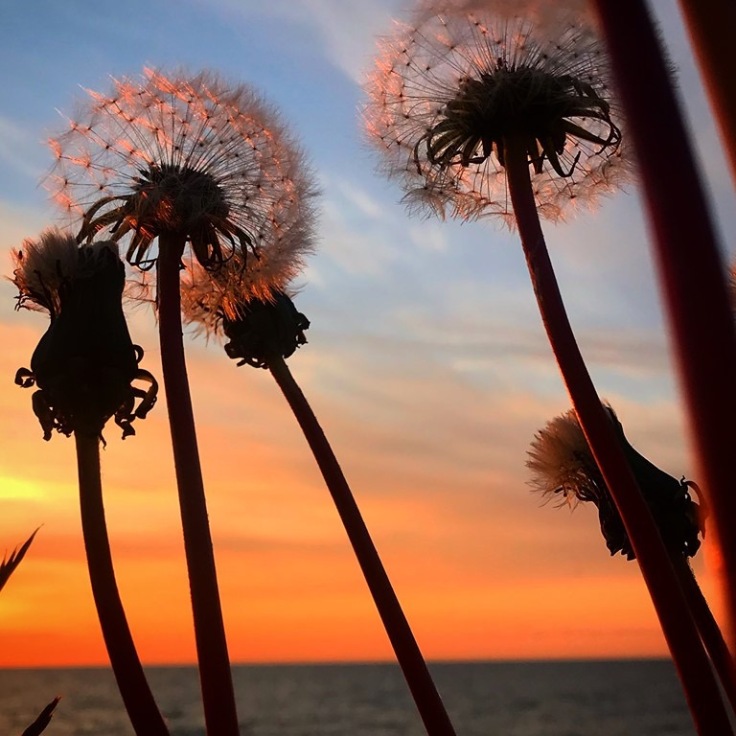 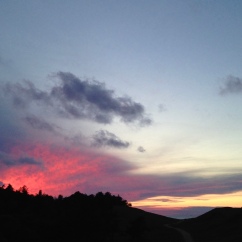 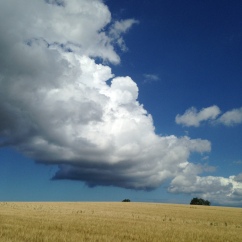 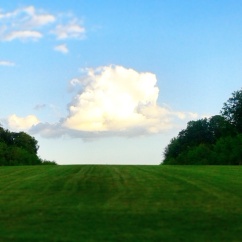 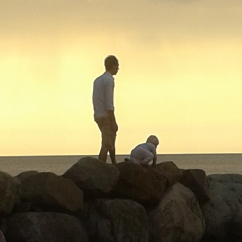