Actions speak so much louder than words!

Two weeks ago, while I was still attending Shrimath Yoga School in Southern India, I received an elated email from my boss, the headmistress of NGG International School in Denmark. The message briefly told me how (unbeknown to me) students,  families and teachers had opened their hearts and had, in record time raised a considerable amount of money towards the little village school in India that I’d been so enamoured with on Facebook,  Instagram and Twitter. I scrolled further down my inbox and was gobsmacked to find an email from Russell Collins, of  Scenekunst Theatre School in Copenhagen – students, staff and families had also spontaneously raised a generous amount of funds for the children at the village school.
I wept with amazement, love and joy when I felt this unexpected surge of love roll east across the world; seeping through the tin roof and into the bright and eager hearts and imaginations of these sweet, but financially poor children so far away from wealthy Denmark.

These children may lack many amenities that we take for granted,  but there’s nothing pinched or hard done by about them – I only saw joy, exuberance and wonder. It was I, as a teacher who saw them through different eyes; making do with a trickle of scrap paper, worn-down stubs of pencils,  no library books to learn from, some children stigmatised because their family couldn’t afford a patched uniform and for them to drink untreated water.

I feel that every child in the world should have these basic supplies. They just never thought to ask. I looked into their bright faces, and saw the beautiful bridge that the children of NGG International School, and Scenekunst had built to them – I slept well that night.  The young people of the world had taught us messed-up adults a fundamental lesson;  that love has no borders. 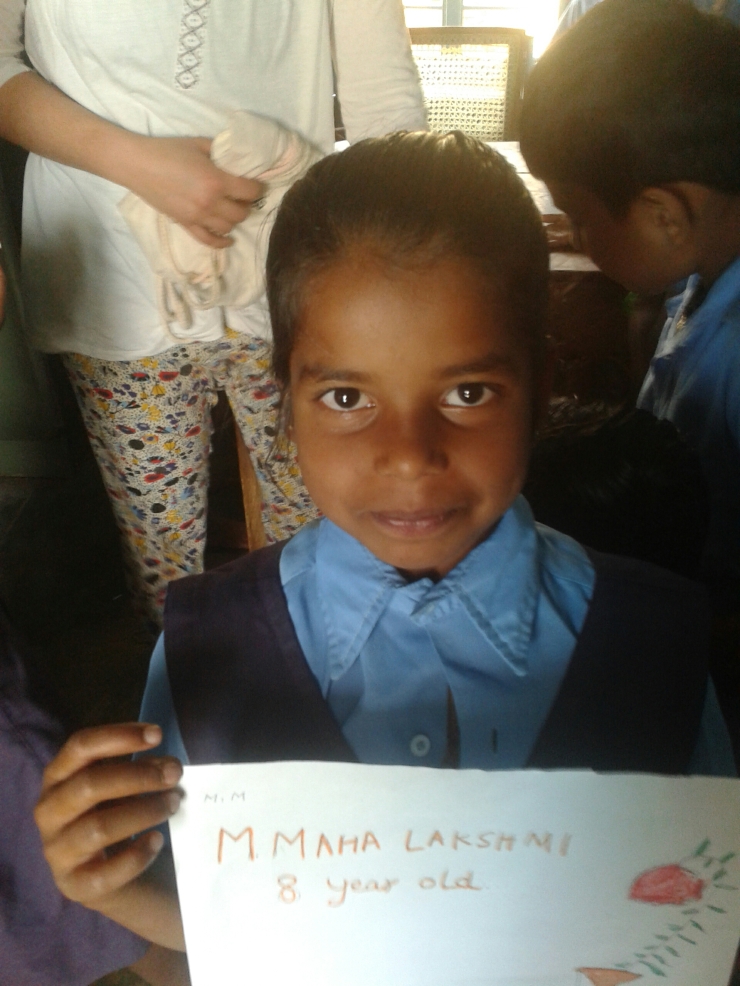 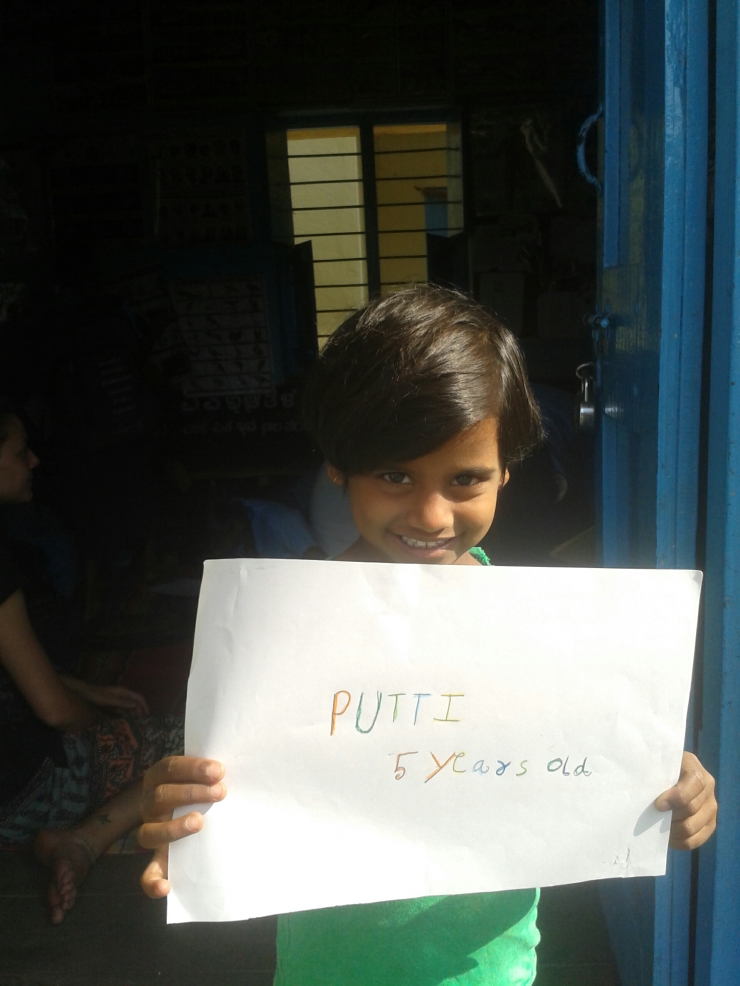 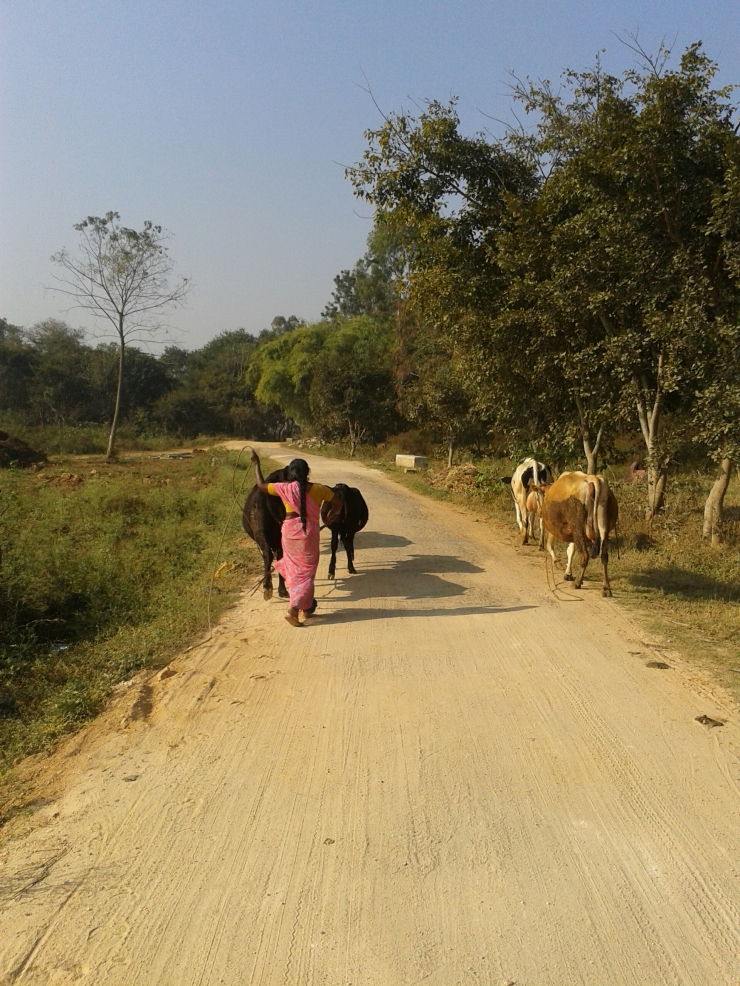 More than anything I’d like to continue the strong link that has been forged between these two very different places.

The money raised by NGG International school will be transferred as soon as I find a way that doesn’t incur high handling fees (any advice?) I will top these funds up with monies raised from teaching my yoga classes in the Frederiksberg area. Scenekunst Theatre School’s Danish Kroner is already transferred to India and is being used to purchase and install a water purifying system for the village school. Three friends, Seagull Seagull, Joann Jobling and Sally Green also sent gifts and supplies for the children’s birthdays. I promise that I will post photographs and updates when I receive them from Shrimath.

It’s a pure concept, with no heavy bureaucracy or suspicious middlemen involved. Just Krishna (Shrimath Yoga School) and myself in Denmark. Other than us, it’s just goodhearted children to children communication via letters, photographs and kindness. If adults would care to become involved, then I’d really like to start an appeal for used books, school supplies and sports equipment (tba). Also, I’d genuinely appreciate any offers for shipping used books, textbooks and school supplies out to Southern India at minimal expense. Perhaps there’s someone with space in a container from Copenhagen to Bangalore out there?

The cargo will be labelled with love 🙂

3 thoughts on “The Village School Project”

I’ve become the guardian of a wood. I pick trash up, watch birds and have been known to hug a few trees. The setting sun just caught the top branches this evening. I thought that my ancient ladies looked beautiful.
Roots and shoots.
Walking by the harbour in Copenhagen, still canals, smiling people, watching people unfold and blossom like all other living things in the spring sunlight.
Hidden city.
Love’s labour’s lost.
Waterways💦
Water babies
Birdland 🦅
Before I had children of my own I took for granted the constant stream of love and care that came to me from my mother. I’ve always felt her with me in bad times or when I’m lost - she always knows. When I touched the Universe and felt the pain of childbirth I began to understand what real love was. And when I protected my young like a fierce tigress or as I paced the corridors of exhaustion with sick babes I realized that I was coming home, full circle to my shift as a mother, the carer, the moon.
This makes me think of an old watercolour painting. But by who? Am thinking Corot, but who do you think?
Time Traveller
The golden age is before us, not behind us.
More beauties at My Beautiful Gallery at Rungsted Kyst station. More details in their webshop (link in bio)
Happy days delivering humongous pictures to @__my__bg__ . All masked and distanced but lovely to see my beautiful gallery ladies, Benedicte and Victoria 🌹🌹
Night Crossing 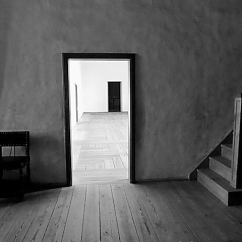 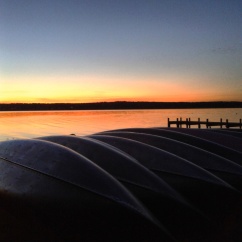 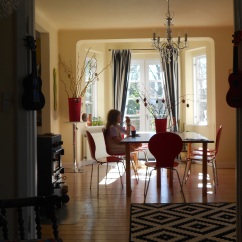 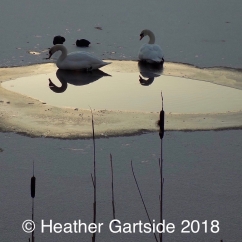